It was the troubled 20-storey tower in Aston which had been earmarked for demolition – only to be transformed into a temporary accommodation centre for the homeless instead.

The former high-rise block of flats is clearly visible from the Aston Expressway but now stands out more than ever thanks it’s facelift.

Gone is the drab oatmeal-coloured facade which has now been painted in immaculate white, while the shabby windows have been replaced with uPVC frames in a contemporary anthracite grey.

It may only be cosmetics but it’s a good initial impression for a building that was not only an eyesore, but also a symbol of anti-social behaviour and deprivation for the surrounding community.

The fear was that it would continue to be the crime magnet and ‘blight’ on the area that it had been for years.

But it appears those fears have been allayed since the re-purposed Barry Jackson became operational in April. The first observation is that it is now incredibly secure. There is 24-hour security in place and around 70 CCTV cameras have been installed.

Residents can only access their own floors with their key fobs while the ground floor reception area is also an airlock which can be activated in the event of any unwanted visitors.

‘If anybody was to attend this building that wasn’t welcome here the furthest they would get would be past the front door and that’s it’, said Richard Welch homeless centre manager for the council.

The key to maintaining harmony is simply for effective lines of communication between tenants and staff. Speaking of which, there are more than 30 people working at Barry Jackson including the concierge, cleaners, security and – most importantly – the support staff. The latter are key to the ‘wrap around’ care provided to residents which includes help with finances, benefits and housing options among other areas.

HJS were asked by Wates construction and BCC to undertake the security upgrade project at Barry Jackson Tower, the work consisted of a complete revamp at all levels both internally and externally

Harrold-Jones Services installed over 70 Concept Pro IP cameras, with internal cameras on all floors and stairwells with external cameras covering the perimeter of the block and the car parks, including a car park across the road with camera images brought back by a wireless link. The block has a control room with 4 monitors and a spot monitor

A Stanley GDX door entry system was installed which allowed visitors to call the concierge who would contact the residents via the GDX handset to verify the visitor and allow ingress. 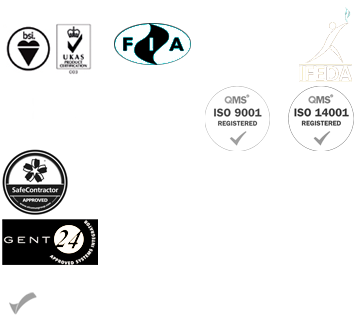